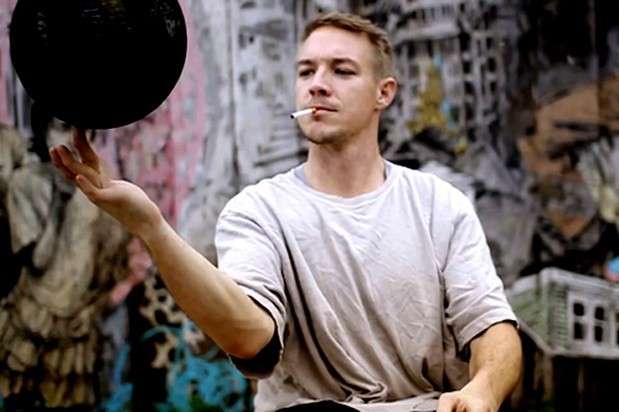 Grammy award winner Zedd has been accused of ripping off another producer.
Zedd has released a song with Aloe Blacc called Candyman.

Diplo, one of the lead members of Major Lazer and Jack Ü, tweeted Zedd claiming the song is a copy o Australian producer Flume’s style.

He also told Zedd “it’s not all about the money”.

Zedd responded by calling Diplo jealous and telling him to shut up.

Normally we would just show you the tweets on this page – but we can’t as they’re full of naughty words.

A few more tweets were exchanged, some of which have now been deleted. We couldn’t really put all the swearing in here anyway, so you’ll have to make do with knowing Diplo called Zedd a “pompous cornball loser” and Zedd corrected Diplo’s grammar.

There’s also mention of a certain body part of Justin Bieber’s which ended up on the internet last year.

Then deadmau5 waded in.

OH GOD WHY ARE ALL MY FAVORITE POP STARS FIGHTING? 😂

He posted more sweary tweets (seriously guys, what would your mothers say?) and brought up Diplo’s collaborations with Justin Bieber as a response to Diplo’s claim that it’s not all about the money.

Then he appeared to realise that maybe arguing on the internet doesn’t get you anywhere.

They’re not exactly kissing and making up, but everyone does seem to have calmed down.

We are just djs who cares

Diplo is one of the biggest DJs in the world and according to Forbes magazine he’s worth around $15 million (£10.5 million). Zedd is apparently worth $17 million and has won a Grammy for his song Clarity, featuring Foxes.

This site uses Akismet to reduce spam. Learn how your comment data is processed.